Are you serving as the Executor of the estate of a recently deceased loved one? If so, you may already know how complex and complicated the probate of an estate can be. At some point during the process, you may be asked to provide an estate accounting. If this is the first time you have served as an Executor, you may not know what an estate accounting entails. With that in mind, a Warren probate attorney at Augulis Law Firm explains what is involved in an estate accounting. Probate Basics When … END_OF_DOCUMENT_TOKEN_TO_BE_REPLACED

Exactly what the definition of a "friend" is may vary from person to person. Most individuals would say that you can't be friends with someone that you have never met (Manti Te'o and Lennay Kekua notwithstanding). Whatever your opinions on the matter may be, a man who passed away in Illinois last summer left behind everything that he owned to a pair of individuals that he considered to be his friends though he had never met them in person. He did see them frequently on the television … END_OF_DOCUMENT_TOKEN_TO_BE_REPLACED

A well constructed, comprehensive estate plan should take all the eventualities of aging into consideration. Unfortunately, one of these is the possibility of becoming incapacitated at some point in time. There are a number of different ways that an individual can become incapacitated as we all know, but there is one culprit that is extremely attention-getting when you look at the statistics. Alzheimer's disease strikes at a surprisingly high rate. One of the best resources online for … END_OF_DOCUMENT_TOKEN_TO_BE_REPLACED

Despite the fact that everyone should have a Last Will and Testament, fewer than half of us actually do. Of those, many have wills that they put together on their own – either from scratch or by using various inexpensive toolkits or cheap downloadable forms from the internet. On the surface, it might seem that those wills would be as valid and effective as any other, and eminently more affordable than hiring an attorney to create the document. In reality, however, self-created wills often … END_OF_DOCUMENT_TOKEN_TO_BE_REPLACED

There are two sides to consider when you think about the subject of last will challenges. The first thought that may come to mind is that some disgruntled party is unwilling to accept the final wishes of a deceased individual. To prevent successful challenges when you know that there could be those who are not happy with your decisions you should explain your concerns to your estate planning attorney. He or she will gain an understanding of the situation and take this into consideration when … END_OF_DOCUMENT_TOKEN_TO_BE_REPLACED

Many people look forward anxiously to their retirement years and they plan ahead accordingly so that they have the financial resources that they need to make the most of all their free time. And of course we are all aware of the need for estate planning, and those who have retired or are going to be retiring in the near future are generally going to have an estate plan in place. This having been stated it is important to remember the fact that there is more to your post-work years than the … END_OF_DOCUMENT_TOKEN_TO_BE_REPLACED 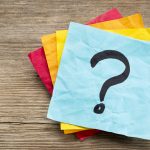 Even when the probate of an estate goes as planned, it can still be a complicated and confusing process for those who are unfamiliar with the process. When there is a hitch in the process, it can be even more confusing for everyone involved. For instance, what happens if a beneficiary of the estate dies during the probate process? Warren probate lawyer at Augulis Law Firm explains what happens to the inheritance of a beneficiary who dies during probate. What Is Supposed to Happen during the … END_OF_DOCUMENT_TOKEN_TO_BE_REPLACED

The acronym HIPAA stands for the Health Insurance Portability and Accountability Act of 1996. In this post, we will explain why this piece of legislation is something to take into consideration when you are planning your estate. Advance Directives for Health Care Everyone is well aware of the fact that you have to facilitate postmortem asset transfers when you put your estate plan in place. A lot of people think this is the long and short of it, but a proper estate plan will also address … END_OF_DOCUMENT_TOKEN_TO_BE_REPLACED 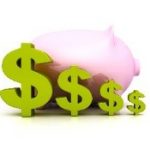 COVID-19, the novel coronavirus, has been a challenge confronting countries around the world. Not only has COVID-19 been challenging healthcare systems, but the social distancing required to combat the virus has also rocked financial markets. However, there may be an opportunity for those wishing to do certain types of Estate Planning. Read on to learn more. … END_OF_DOCUMENT_TOKEN_TO_BE_REPLACED 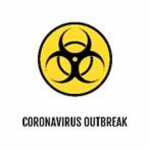 The novel coronavirus, COVID-19, is spreading in the United States and across the globe. Learn what steps you can take to prepare yourself and help prevent its spread. Read on to learn more. … END_OF_DOCUMENT_TOKEN_TO_BE_REPLACED