One of the first orders of business that you must address when you are planning your estate is the matter of potential taxation. There is a federal estate tax that high net worth people must contend with, and it can significantly erode the wealth that you are passing along to your loved ones. At the time of this writing in 2014, the amount of the federal estate tax credit or exclusion is $5.34 million. This is the amount that you could transfer to your heirs tax-free. If your estate exceeds … END_OF_DOCUMENT_TOKEN_TO_BE_REPLACED 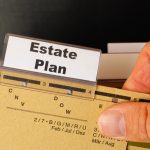 Although you probably understand the importance of having an estate plan in place, the prospect of creating that plan can be a bit daunting for the uninitiated. Estate planning incorporated a wide range of goals and objectives into one comprehensive plan. That plan may utilize numerous estate planning tools and strategies. All of that can be overwhelming. To help you feel more comfortable with the concept of estate planning, an estate planning attorney at Augulis Law Firm offers a list of top 10 … END_OF_DOCUMENT_TOKEN_TO_BE_REPLACED 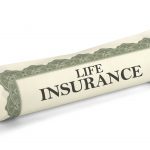 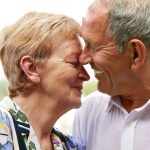 Mixed-Nativity Marriages in the U.S. American has long been referred to as a melting pot, and with good reason.  According to the U.S. Census Bureau, 11.4 million married-couple households, or 21 percent of all married-couple households in America in 2011, had at least one spouse born in another country. About 13 percent (7.3 million) of households had two foreign-born spouses, and 7 percent (4.1 million) had one native-born and one foreign-born spouse.  Of the couples with one native-born … END_OF_DOCUMENT_TOKEN_TO_BE_REPLACED

Exactly what the definition of a "friend" is may vary from person to person. Most individuals would say that you can't be friends with someone that you have never met (Manti Te'o and Lennay Kekua notwithstanding). Whatever your opinions on the matter may be, a man who passed away in Illinois last summer left behind everything that he owned to a pair of individuals that he considered to be his friends though he had never met them in person. He did see them frequently on the television … END_OF_DOCUMENT_TOKEN_TO_BE_REPLACED 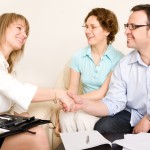 If you have finally decided to sit down with an experienced estate planning attorney to get started on your estate plan, you have made a wise choice. As you undoubtedly realize, a well thought out estate plan can protect you, your assets, and your loved ones throughout the course of your lifetime and beyond. If you have never worked on an estate plan before, however, it can be a little intimidating to think about doing so. You may not be sure what to expect from your initial consultation with … END_OF_DOCUMENT_TOKEN_TO_BE_REPLACED

A well constructed, comprehensive estate plan should take all the eventualities of aging into consideration. Unfortunately, one of these is the possibility of becoming incapacitated at some point in time. There are a number of different ways that an individual can become incapacitated as we all know, but there is one culprit that is extremely attention-getting when you look at the statistics. Alzheimer's disease strikes at a surprisingly high rate. One of the best resources online for … END_OF_DOCUMENT_TOKEN_TO_BE_REPLACED 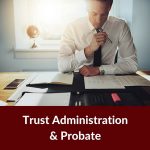 Despite the fact that everyone should have a Last Will and Testament, fewer than half of us actually do. Of those, many have wills that they put together on their own – either from scratch or by using various inexpensive toolkits or cheap downloadable forms from the internet. On the surface, it might seem that those wills would be as valid and effective as any other, and eminently more affordable than hiring an attorney to create the document. In reality, however, self-created wills often … END_OF_DOCUMENT_TOKEN_TO_BE_REPLACED

There are two sides to consider when you think about the subject of last will challenges. The first thought that may come to mind is that some disgruntled party is unwilling to accept the final wishes of a deceased individual. To prevent successful challenges when you know that there could be those who are not happy with your decisions you should explain your concerns to your estate planning attorney. He or she will gain an understanding of the situation and take this into consideration when … END_OF_DOCUMENT_TOKEN_TO_BE_REPLACED

Many people look forward anxiously to their retirement years and they plan ahead accordingly so that they have the financial resources that they need to make the most of all their free time. And of course we are all aware of the need for estate planning, and those who have retired or are going to be retiring in the near future are generally going to have an estate plan in place. This having been stated it is important to remember the fact that there is more to your post-work years than the … END_OF_DOCUMENT_TOKEN_TO_BE_REPLACED