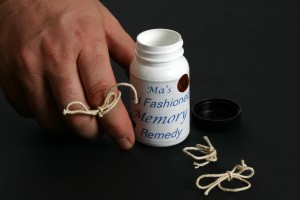 Just as most people would prefer not to have to spend much time contemplating their own death, most people would also prefer not to envision a life suffering from Alzheimer’s disease. If you have avoided thinking about the possibility, you are hardly alone; however, from an estate planning perspective, it is imperative that you do consider the possibility. If you develop Alzheimer’s in the future, someone else will need to take over control of your assets and make important decisions for you eventually. You have the opportunity to decide who that person will be instead of letting a court decide, but you must take steps to make that decision a legally binding decision. Fortunately, an incapacity planning attorney can help you plan for the possibility that you will develop Alzheimer’s at some point down the road.

Understanding Alzheimer’s – Facts and Figures You Need to Know

You probably already know that the number of people suffering from Alzheimer’s has grown in recent decades; however, you may not be aware of just how prevalent the disease is nor the financial and practical impact it has on everyone involved. The following facts and figures may put things in perspective:

Planning for Your Own Incapacity

If you do develop Alzheimer’s, there will likely come a time when you are no longer able to make decisions nor manage your assets. By planning for that eventuality now, you can decide who will take over for you by using any of a number of incapacity planning tools, such as:

For more information, please join us for an upcoming FREE seminar. If you have additional questions or concerns about planning for your own incapacity, contact an experienced incapacity planning attorney at Augulis Law Firm by calling 908-222-8803 to schedule your appointment today.